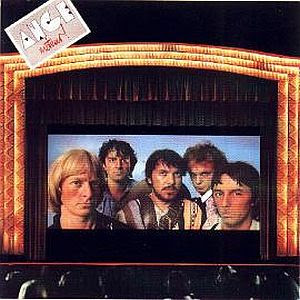 The eight or so album from this French band. A band who has been labelled as France's answer to Genesis. They very much had their own sound and music though.

That too is the case here. Some ounces of their previous greatness can still be detected on this album which fully embrace the 1980s with all it's ills and crimes against humanity. The sound for example. A very plastic fantastic sound which sounds so out of time anno 2013. The songs are not particular good either. There is no good songs here. The music reminds me a lot about the worst albums Saga ever put out. OK, not that bad though. But the sound is in that ballpark. The only saving grace is Christian Decamps as always great vocals. French vocals, that is. The end result is a half decent album which I would not recommend to anyone.